They have since moved to Gamepedia, and have been transferred over to Fandom after Gamepedia's acquisition. 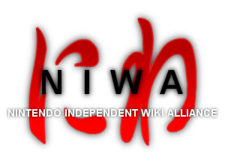