Archive Team is a web archiving team dedicated to preserving digital history, founded by Jason Scott in 2009. Its primary focus is the copying and preservation of digital content hosted via at-risk services.

WikiTeam is a group of wiki enthusiasts who develop tools and software for making backups of wikis.

"There are thousands of wikis in the Internet. Everyday a few of them are lost, due to lack of backups. People download tons of films and music. Wikis, most of them with free licenses, disappear from time to time because nobody grabbed a copy of them. That is a shame." 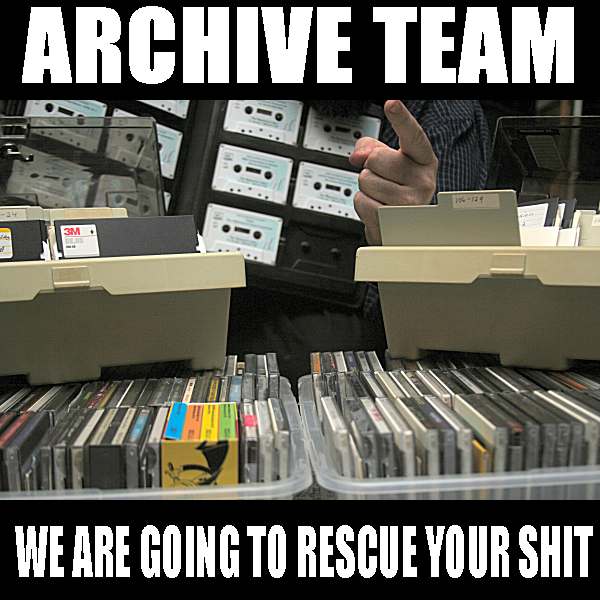