Category talk:Active administrators of this wiki

Welcome, 172.26.29.79, you have reached the discussion / talk page of the administrators group for WikiIndex.

I've been curious of this for quite a while . . . why do our TOCs auto-collapse and only display one level of headings, being permanently collapsed for all sub-headings? Category talk:Active administrators of this wiki/Archive 2012-13 will show what I mean. It never used to be like this. Sean, aka Hoof Hearted • Admin / 'Crat • talk2HH 16:34, 26 July 2014 (UTC)

It was because of these 2 edits by me in order to deal with User_talk:Zhuyifei1999#Template:TOCright if this is correct. It is possible to expand the TOC with the [+] button on the left (for a single heading) or with some class= attributes (for a single page). If this does more damage than what it fixed, feel free to revert. --YiFei | talk 03:33, 27 July 2014 (UTC)

I suggest that Mark or Raymond try to get this Domain and forward it to http://wikiindex.org ASAP.Manorainjan (talk) 22:14, 5 August 2014 (UTC)

I would probably wait till it dropped, and did you see on the CommunityPortal - Ray talking about changing the wiki to Index.Wiki or something using the .Wiki TLD? ~~ MarkDilley

The one got nothing to do with the other. I do not mean to move, just to get another domain and to forward to this one, whatever 'this one' may be at that moment. If WikiIndex moves to index.wiki I would still get/keep wikindex.com and forward to index.wiki Manorainjan (talk) 10:04, 6 August 2014 (UTC)

I will not acquire another domain, got more than enough already. Best would be to form a public charity which will hold all relevant domains.Manorainjan (talk) 15:54, 6 August 2014 (UTC)

If you want admin rights, you can ask if you want! Though in my very humble opinion, I personally prefer that folks 'earn their stripes'. I think I was nominated (without ever asking) after being a prolific editor here for about 9 months; yet others seemed to have asked for it and got it from virtually day one (not really the best way, as it can cause friction). Keeping those rights is generally a given – I know of only one to lose their admin rights, but then she did quite blatantly abuse said rights, and created a lot of animosity, and drove away a couple of very good editors. Sean, aka Hoof Hearted • Admin / 'Crat • talk2HH 20:28, 8 August 2014 (UTC)

I definitely do not want to become admin! I'm wondering what active means, because there are admins listed which did not visit this Wiki within years. Manorainjan (talk) 20:37, 8 August 2014 (UTC)

OK! ;-/
I guess you are comparing sysops listed in this category against our MediaWiki listing? I don't think there is any hard and fast rule. I'm aware of one admin who barely edits these days, but regularly 'checks in' to make sure all is in order. Do you have anyone in mind who ought to be trimmed from this category? Sean, aka Hoof Hearted • Admin / 'Crat • talk2HH 21:58, 8 August 2014 (UTC)

You do a lot of guessing ;-) Why I'm asking is, because what I have in my mind how frequent an admin should show up or how contactable an admin should be differs widely from what I see here. Because of my idea what is the requirement I also do not want to become admin because I wouldn't fulfill it. I prefer to have my active phase here, while I have some time and then I got different things to do.Manorainjan (talk) 23:10, 8 August 2014 (UTC)

OK, I got it! In reality, we are volunteers here, and so we arn't 'contracted' to be available on WikiIndex for X-amount of hours or days. Remember, we all have RealLives which can sometimes get in the way of our WikiIndex 'duties' :ppp Sean, aka Hoof Hearted • Admin / 'Crat • talk2HH 11:17, 15 August 2014 (UTC)

Funny place to be for an image 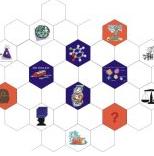 Maybe someone can create a bot which can correct this kind of mistake. That could save hundrets of edits. Manorainjan (talk) 01:12, 14 August 2014 (UTC)

When You look at the DIFF I linked to above, You see Sean Fennel replacing 'wiki_logo=' Image:AsiaCommons logo-topbann1.jpg which was correct, with http://www.wikiindex.com/images/c/ce/AsiaCommons_logo-topbann1.jpg which would most likely be the server side location of the thumbnail of the correct logo picture. Therefore the file-page does not "know" that the logo is used by anyone. It looks deserted and may be deleted. Recently I marked several such pages as {{delete| unused}} which I now think should not be deleted until the funny links are corrected. I hope that can be done by a bot. The notorious inactive-template may have its aggravating effect on the confusion. Manorainjan (talk) 21:38, 16 August 2014 (UTC)

I see not the least reason why this 'work' was done. And I see tons of reason why one should never do so. I assume that one problem which could not be fixed properly was covered up by another anomaly which now causes more problems as to be expected whenever one does not do the 'right' thing. So, anybody who can explain why one wanted to create a bot that was to mess with the image URLs? Actually what I was upon was to ask for a bot who would reverse the mess. Manorainjan (talk) 19:46, 20 August 2014 (UTC)

Many years ago, but I am remembering why Sean Fennel wanted to do this. It links directly to the wiki instead of the image file, making it a better experience for folks. I think we can now add something like "url link =" for file format, so it isn't as big of a concern, sending people to image file pages. Even though this is a Template:Inactive wiki now, the image link works like I described: Attitude Foods Wiki. ~~ MarkDilley

Some of the conversation is here http://wikiindex.org/User_talk:SeanBot#work_for_your_bot and right below it, the talk about hard linking. ~~ MarkDilley

For me that is fine, because the image-page now lists the Wiki page where the logo is used. — preceding unsigned comment added by Manorainjan (talk • contribs) – 00:31, 21 August 2014‎.

YiFei - your bot test looks fine in principle, but I ask two questions.

Sure, 10 test edits. --YiFei | talk 23:54, 22 August 2014 (UTC)
I would much rather a logo link directly to the source. I think it is a fair use of their property and it is better for the person web browsing than to end up on a page about an image file. I don't see that adding anything to the project. Even though it is a Wikipedia / MediaWiki standard. I am open to a group consensus though ( I was thrilled about YiFei's suggestion I must say! :-). ~~ MarkDilley

I like HoofHearted's suggestion about an edit summary, here is my diff: [[User:YiFeiBot|YiFeiBot]] (operated with community consent by [[YiFei]]) replaced bare URL of uploaded logo to [[wikilink]] of logo ~~ MarkDilley

I think it's perfect to leave the linking of the logo as is, to the picture page here. And first of all, I only wanted the unorthodox URL of the Logo to get back to normal. But if You are thinking of different targets, then I suggest to let the target of the Wiki-URL open in another tab/window. I do not think, that most people who click on the name of the Wiki want to leave WiniIndex at that point. Everybody who edits the Entry dos not. I think, all links to external should open in another window b default. But that's another discussion! Manorainjan (talk) 01:33, 23 August 2014 (UTC)