Difference between revisions of "Fork"

In software engineering, a project fork happens when developers take a copy of source code from a specific software package, and then start independent development on it, thus creating a distinct piece of 'new' software.

The term fork is also used in the 'wikisphere'. For instance, the above text was forked from the English Wikipedia wiki site! Most free content licenses allow people to copy material in part or whole; to create their own separate versions of that content: be it a cultural work, a piece of media, software, or some intellectual pursuit.

Sometimes, forking results in fragmentation, whereby two separate wiki communities have overlapping but divergent goals. There are strengths and weaknesses to this. On the one hand, different communities can meet different needs, and problem-solve in new ways. This also keeps one cultural work from being dominated or controlled by a single individual or small subset of people. On the other hand, fragmentation can create redundancy and confusion amongst people.

Wiki forking typically starts as mirroring, which is a similar concept; where one site hosts identical content to another site.

A mirror website could also be described as an archive. It duplicates or re-uses content originated elsewhere (hopefully, with proper attribution), but normally, is not an originator of new content.

A fork creates an entirely new second project, which uses a common set of content as a starting point. As the new project matures, it builds a (new) community, and creates its own new, unique content, and ultimately its own new identity.

The creation of Wikivoyage started as a fork of Wikitravel, after the owners of Wikitravel sold it to Internet Brands, Inc, which then alienated the original Wikitravel community. Conversely, the various sites which merely provide an archived copy of English Wikipedia content online (such as the NationMaster Encyclopedia) without originating new content are mirrors. 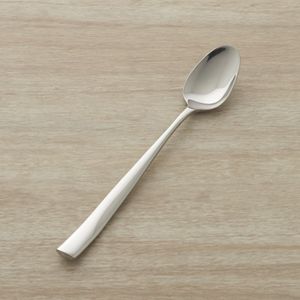 A 'spoon' is the term used to describe an original wiki site that was left abandoned, following a fork.

Forking is common on Wikia (now known as Fandom), usually because of its forced skin changes, poor community support, global blocking, enforced social features, and a bombarding plethora of objectional on-screen advertising; and also because independent hosting is more versatile, and more controllable. Where forking occurs, the abandoned Wikia version of the site; invariably left open and dormant, is commonly referred to as the 'spoon'.

From the founding outset of WikiIndex, the long-term goal has been to have an entry; and therefore an infobox; for ALL wiki sites, even dead and / or dormant wiki. Forked wiki are to be treated with exactly the same ethos; therefore, WikiIndex has a specific method of dealing with forked wiki. Fundamentally, a forked wiki article should have two infoboxes, ideally on the same article. The two versions of wiki can be separated on the same page by using template:Clear, and this will prevent the prose of the forked wiki 'crowding' the infobox of the original wiki.

Mirrored wiki may be treated different to forked wiki, in that both wiki (if both remain active) will eventually contain differing content, and may ultimately form differing identities. In these instances, we would have two (or more, for multiple mirrors) page articles here on WikiIndex.